Madhavi Gogate, the iconic TV actress who played Kanta Joshi in the classic serial opera Anupamaa, has passed away. The veteran actress died early Sunday morning, according to reports. The show’s lead heroine Anupamaa’s mother was played by Madhavi Gogate. Rupali Ganguly, who portrays Anupamaa in the show, paid tribute to Madhavi Gogate on Instagram after her demise. “So much left unsaid…Sadgati Madhaviji,” she captioned a photo of the late actress. Rupali Ganguly’s Instagram story can be seen here: 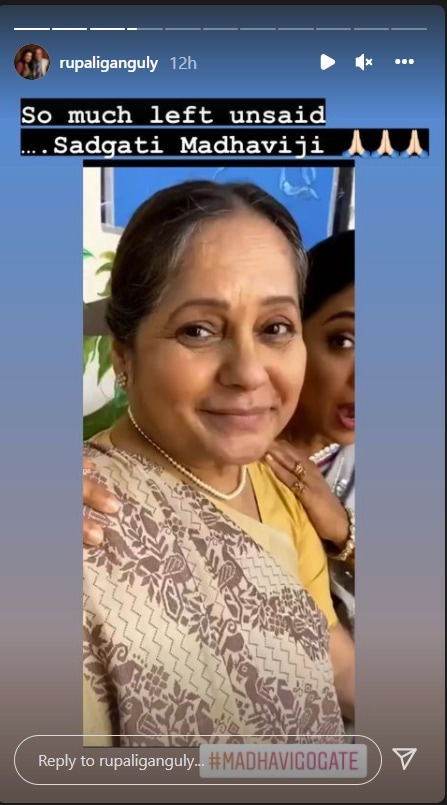 Madhavi Gogate’s death was also grieved by other Anupamaa stars on social media. Alpana Buch, who plays Leela Shah in the film Anupamaa, paid tribute to Madhavi Gogate with the following emotional words: “Madhaviji this is not done.. actor cannot take exit before scene gets over…we will miss you on Anupamaa set…your cute smile.. sweet voice…and humor…we will all miss you.”

Madhavi Gogate’s friend and actress Nilu Kohli’s eulogy read: “Madhavi Gogate, my dear friend nooo. I can’t get down to believing that you have left us. Heartbroken, you were too young to go. Damn Covid. PS: I wish I had picked up that damn phone and spoken to you when you did not reply to my msg. All I can do is regret now.”

TPSODL alerts customers against the fraudulent messages for...

This Mother’s Day Say yes to a Little...

She was a great artist 😞…Om Shanti 🙏